What is Mail Art?

Mail art is like a secret society of artists, operating totally under the radar of international art markets. Unlike most other secret societies though, the mail art network is open to anyone who wants to participate.
Mail art has been closely associated with other anti-commercial art movements, particularly with Fluxus. While many Fluxus artists were (and are) mail artists, neither group of artists is part of the other.
The mail art network is informally organized, with no central body to set rules or determine who can participate. But while there are no formal rules to mail art, the community has a set of generally accepted practices, and yes, rules that people are encouraged to abide by.

Fluxus evolved from the art philosophical ideas that emerged in western art during the late 1950s. Influenced by the ideas coming out of Black Mountain College, and particularly by the composer John Cage, a group of like minded artists congregated. The name “Fluxus” was coined for them by George Maciuanas in 1960, and the first Fluxus events were organized in 1961. Cofounded by Maciuanas and Dick Higgins, early members included,  Jackson Mac Low, La Monte Young, George Brecht, Al Hansen, Henry Flynt, and Yoko Ono.

Essentially, a Fluxfest is a performance art festival, during which Fluxus Event Scores are performed. Event Scores borrow theri name and concept from the workd of music, and are usually just brief, mundane, or humorous actions meant to be performed by participating artists. Fluxfests have been a part of Fluxus since the beginnings of Fluxus in 1960s. 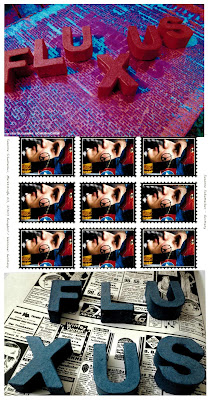 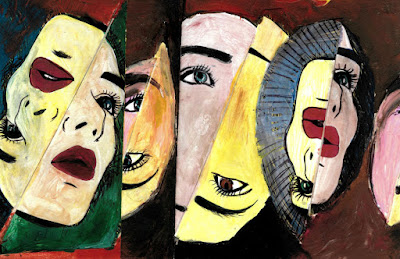 This website documents the mail art received to celebrate Toronto PRIDE in conjunction with Fluxfest Toronto 2019.
All postcards received by the deadline are documented here at Fluxfest.net, and were exhibited at the Sheldon Rose Gallery in Toronto.
Opening festivities were held on Friday June 21, 2019, at the
Sheldon Rose Gallery, 1710 Avenue Road, Toronto, ON
Concurrent Gallery Show
Big Ideas In Small Art